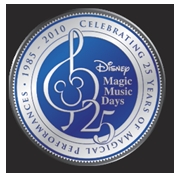 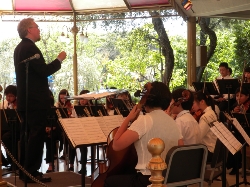 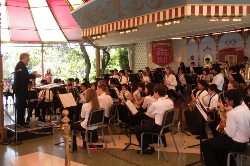 During the trip, students performed at Disneyland, attended workshops with professional Disney musicians, enjoyed some fun in the park and answered the age-old question, "How many students does it take to overflow a hot tub?" (We are not privy to the answer. You'll have to ask a band student.)

The band ensemble stopped in beautiful Fresno on its trip to the southland, where the symphonic band took part in the San Joaquin Valley Concert Band Invitational at the Shaghoian Concert Hall.

On the return trip back north, students were fortunate enough to get a tour of the Warner Bros. movie studio tour in Burbank. Students got to visit the sets of many famous TV series, including Friends.

Special thanks to the wonderful, hard-working chaperones, without whom this trip would not have been possible.