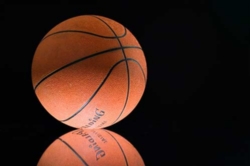 "It's always nice to win," Coach Steve Maher said. "We have a very talented team. They're very quick, very fast and they can really shoot. They're deep. In other words, all 17 players are good. They're a very nice group."

Hart soundly defeated Livermore's Mendenhall Middle School team with a close score of 67 to 62. Hart had previously played and was beaten by Mendenhall twice in the regular season, so players knew they were facing stiff odds when they took on Mendenhall for the championship title.

Hart won seven games in the regular season and lost a mere three games to make it to the playoffs. They beat opponents in the tournament rounds and semi-finals to win the honor of playing in the championship game.

The match against Mendenhall was a nail-biter from start to finish.

"There was no more than a four-point lead until about the last 50 seconds," Maher said. "It was tough. We were probably down by a point maybe twice or three times. There were probably 20 ties during the game."

"We put on a lot of pressure, a lot of running the whole game," Maher said. "At the end, we had a couple of easy baskets and then we had some free-throw shots. We made a steal with another basket. That's what won the game."

Hart players Shaun Keinhofer, Seth Cobb and Cole Morrell made some outstanding plays during the game. Miles Colwell scored the free throws that pulled Hart ahead by 3 points with only 2 minutes left in the game.

This is the first basketball team in seven years that Maher has coached for an entire season. Ironically, the Mendenhall team is led by a woman whom Maher coached when she was a basketball player at Livermore High School.

Congratulation, Huskies, on an outstanding season!