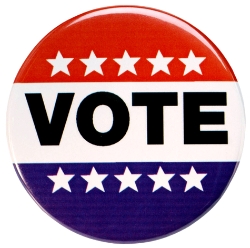 Nearly 600 students cast votes over three days for their favorite candidates. They also passed judgment on eight propositions facing adult voters who go to the polls on Tuesday, Nov. 2.

Mock elections are a revered tradition at Hart, taking place every two years just before the actual elections. This year, 603 people cast their ballots -- most of them students, but 10 adults also turned in mock ballots. As in a real election, students chose which candidates and propositions were worthy of their votes. Some students chose not to vote in every race.

The results for the 201 Hart mock election are: