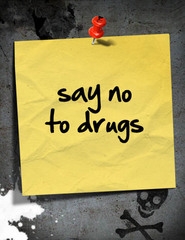 Pleasanton has seen an increasing number of students experimenting with prescription and over-the-counter drugs they find in medicine cabinets at home and even at their grandparents' homes.

While prescription drugs can be helpful for the person for whom the drug is prescribed, they can be just as dangerous as illicit drugs when used improperly. The most common drugs abused by teens are painkillers, depressants (including sleeping pills), anti-anxiety drugs and stimulants used for the treatment of attention deficit hyperactivity disorder (ADHD).

The prescription painkiller OxyContin (generic form is oxycodone) is particularly popular among teens. Heroin provides a similar "high" to OxyContin and thus, that drug is enjoying a comeback as a cheaper alternative to OxyContin.

Teens abuse prescription drugs because they are easy to obtain, and teens believe the myth that these drugs provide a "safe" high.

Here are some important tips for parents:
Click here to check out the NIDA (National Institute for Drug Abuse) for Teens website. You'll find a wealth of information about the dangers of prescription and over-the-counter drugs.

Locally, the newly founded Mothers with a Purpose holds informational and support meetings every other Thursday starting on March 24 at 7 p.m. at Foothill High School in room C-6. Mothers with a Purpose is a local group designed to help parents dealing with drug and alcohol issues in the home. The group is founded and run by parents whose teens have tackled or are dealing with drug abuse issues. For more info, contact motherswithapurpose@yahoo.com. (Meeting dates for this school year are April 14, April 28, May 12, May 26 and June 9.)