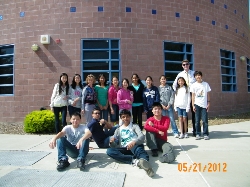 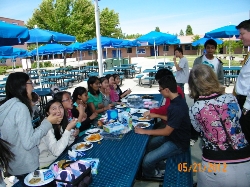 The tournament marks the first time a Pleasanton middle school has competed in debate. The students had a fabulous experience and represented Hart extremely well. Special recognition goes to Anushka Parihar, Linda Du, Lillian Du and Ben Chen, who won three of their four debates.

Congratulations to all of the debate students for representing Hart so well at the tournament.