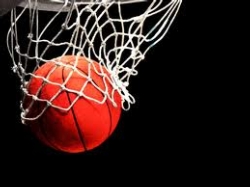 Both teams knocked out of playoffs
Congratulations to the 7th- and 8th-grade boys basketball teams for an outstanding season that landed both teams in the playoffs, only to be knocked out during the second round.

Hart went into last week's playoff in a three-way tie for first place with Livermore's Mendenhall Middle School and Dublin's Fallon Middle School. All three teams have won eight games and lost one. Hart's only defeat was to Fallon with just one point determining the winner.

Hart started the playoffs strong by beating Livermore's East Avenue with a score of 58 to 51. It was a close game the entire time. Wyatt Persin led all scorers with an incredible 38 points.

In the second game, the Huskies lost a thriller to their nemesis Fallon with a razor-close score of 44 to 42. The Huskies ended the season with nine wins and only two losses -- one loss by a mere one point and the second loss by just two points.

Hart's fine 8th-grade team finished its two-year run at Hart with a combined record of 18 wins and only four losses. This year's playoff loss was especially gut-wrenching because it was the team's worst shooting game of the year.

"All in all, it was a great team with an excellent group of young men," Coach Steve Maher said.

The 7th-grade team also won its first playoff game by absolutely crushing Mendenhall with a score of 44 to 18. Hart was led by Sam Novitske with 19 points. Sam averaged more than 20 points per game during the course of the season and was probably the MVP of the league. Kenyan Branscom played strong defense against Mendenhall's top scorer, holding him to a single point for the game. Kenyan added 8 points, Shawn DeLuz 7 points and Dawson Walsh 4 points.

The Huskies took on Pleasanton Middle School the next day, but were defeated with a score of 54 to 28. Hart was led again by Sam with 15 points, followed by Shawn with 5 points, Anthony Costello with 4 points and Kenyan with 3 points.

Congratulations to all the players for their hard work and dedication.