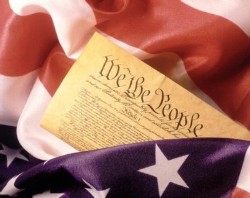 Nine 8th-graders will advance to the Alameda County competition with their projects
Hart's 8th-graders are bringing history to life with their outstanding history day projects.
Eighth-graders were assigned a history day project with the theme "Conflict and Compromise in History." Students had to pick a topic and find a creative way to share what they learned. Some students made tri-fold display boards. Others created Web sites and one made a documentary. Students were limited only by their imaginations.
The projects were judged last Wednesday in the library. All projects will be on display for public viewing Thursday, March 6 from 7 p.m. to 8 p.m. in the multipurpose room.
Hart's top winners and their projects are:
These students will advance to the Alameda County History Day contest on March 19 at the Oakland Museum of California.
Students whose projects deemed honorable mention are:
History Day in California is a statewide program sponsored by the Constitutional Rights Foundation in conjunction with National History Day. The program is in its 25th year.
Congratulations to all of the 8th-graders who turned in such impressive projects!