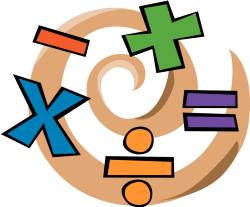 Hart's outstanding scores place our school among the best 1 percent in the nation
Hart's outstanding scores on the American Mathematics Contest 8 has placed our school on the honor roll, ranking Hart among the top 1 percent of schools nationwide who took part in the competition.
The AMC 8 is a 25-question, multiple choice exam designed to promote the development and enhancement of problem-solving skills. The test was given in November to 82 students in 8th-grade honors math classes. One 6th-grader and one 7th-grader also took the test. Schools are ranked based on student scores.
Hart had six students named individually as being in the top 1 percent to 3 percent of students who participated. Seven students ranked in the top 2 percent to 5 percent.
The AMC 8 is given by the Mathematical Association of America.
Congratulations to Hart's students for their incredible math skills!